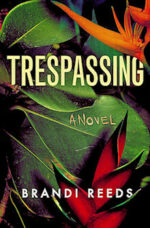 In this Amazon Charts bestselling novel of psychological suspense, a young mother follows a dangerous path to find her missing husband.

Veronica Cavanaugh’s grasp on the world is slipping. Her latest round of fertility treatments not only failed but left her on edge and unbalanced. And her three-year-old daughter, Elizabella, has a new imaginary friend, who seems much more devilish than playful. So when Veronica’s husband fails to return home from a business trip, what’s left of her stability begins to crumble.

Given her family’s history of mental illness and Elizabella’s insistence that her daddy is dead, Veronica starts questioning herself. Every move she makes is now suspect. Worse still, Veronica is positive that someone wants her and her daughter dead, too—unless it’s all in her mind…

Somewhere beneath her paranoia is the answer to her husband’s vanishing. To find it, she’s led to a house in the Florida Keys. But once there, she isn’t sure she wants to know the truth.

Veronica Cavanagh has been indulging her daughter’s imaginary friend, even when Nini predicts the death of her husband. When Micah goes missing, Veronica starts questioning her own sanity and in the midst of going through IVF treatment, and now under suspicion for murder, she begins to question everything. And when she discovers a large amount of cash and a home she didn’t know she owned (along with one she thought she did but didn’t), Veronica flees to try and make sense of it all, leading to more questions than answers.

I have a serious love/hate relationship with this one. Brandi Reeds is already an accomplished YA author, with Trespassing being her debut in a new genre, and she has done it very well. I found myself swept easily along for the most part - though, I did find the back half dragged a little. The story is heavily reliant on little three-year-old Elizabella (can we just acknowledge the awfulness of that name for a second?!), and while she was super cute and sweet and behaved mostly like a three-year-old should, some of the plot points had me pressing the proverbial “I believe” button. I have a lot of kids drawings on my fridge, and not one of them are detailed or obvious enough to direct a police investigation. There’s also a lot of focus on IVF. Detailed, in fact. It didn’t bother me, as I’m in the “IVF club” and felt it was handled well, but some people may find it a little extraneous.

All in all, Trespassing was an easy read with a lot going on, but with enough twists to keep it interesting. I’m looking forward to seeing more non-YA* from Ms. Reeds.

*Brandi Reeds also writes YA under the name Sasha Dawn, so the author links below are under one or both names

Trespassing was provided free by Lake Union Publishing (via NetGalley) in return for my honest opinion.